The Paris Model United Nations of 2019, or PIMUN for short, has been one of Europe’s biggest Model UN conferences. With 16 wide ranging committees and a joint cabinet crisis, hundreds of delegates and a wide range of contemporary and diverse topics, it also easily one of the best. This year, the topical focus has been threefold, emphasizing climate action, gender equality and “la fracophonie”.

Under this banner, six UN committees and five IGOs have debated present-day issues that challenge the international community. Additionally, five more committees have worked interconnected, with the actions of one body affecting those of the others, bringing a refreshing taste to debates for those who seek a new challenge. While no members of our delegation were part of Interconnectivity, we heard a lot of positive opinions voiced in the aftermath.

Having said all that, it goes without saying that we had to send a delegation there, so, with a group of five delegates, we packed our backs and took the bus to France. So, from May 30thto June 2nd, we filled our spots in the ITU, the SOCHUM and the UNODC respectively to hold our stance in energizing, nail-biting debates from morning to evening. As the conference has been organized by the most prestigious universities of Paris, the debates took place mostly in the beautiful halls of Sorbonne University in the southern city centre.

Immediately, the conference was of to a great start. Jean-Marc de La Sablière,former French representative to the UN, has given the keynote address at the opening ceremony. Hearing a diplomacy veteran reflecting the present day in the light of his own experiences, revaluating the importance of multilateralism and the UN as an institution and analysing the modern worlds’ most pressing issues of climate change and unilateralism was truly inspiring.

I myself have had the honour of representing the United Kingdom within the UNODC, concerning itself with ivory-focused poaching crimes and cutting the funding of south American rebel groups and armed militias. After two and a half tiring days of extensive, consistently high-level debates, we passed two satisfying resolutions. I was very impressed by the quality of our discussions, with our committee choosing to debate about poaching to the last hour despite our chairs allowing us to turn to a less serious mock-debate if we wanted to. And this all despite the UNODC being a beginners’ committee. 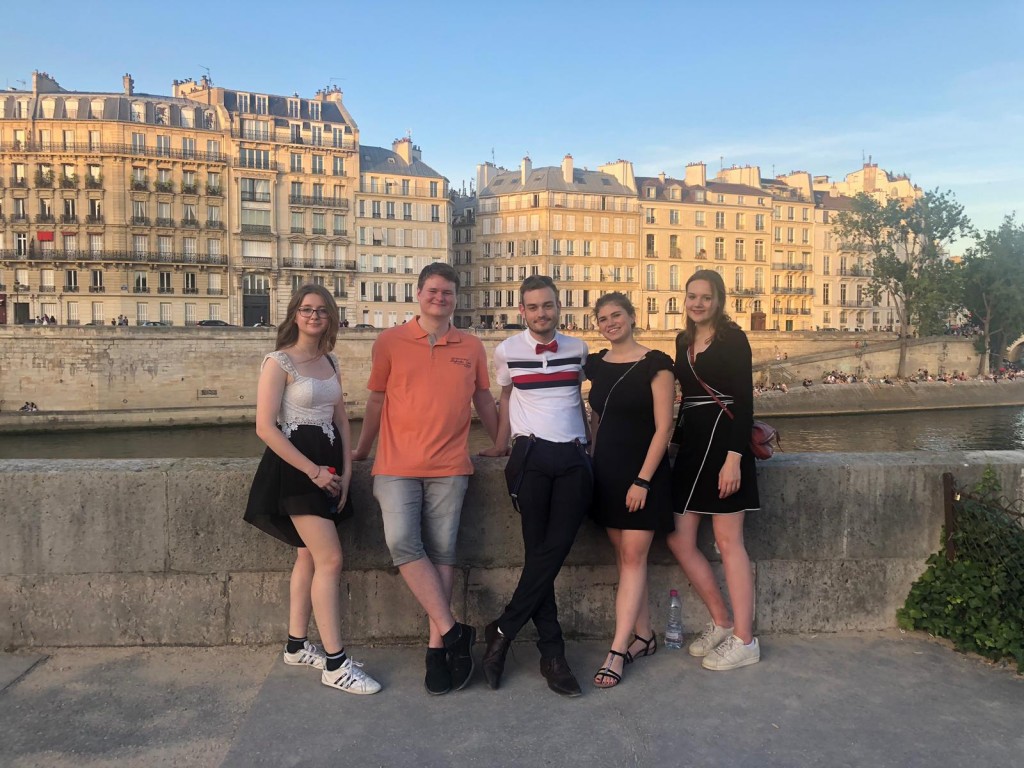 I would be remiss at this point if I wouldn’t talk about everything surrounding the quality debates. A total of four social events accompanied the academic work, with everything from a formal ball held on an actual boat, over a cocktail preceding the first formal session to a classic conference party. Combine that with the beautiful scenery of Paris, the city of love, and you’ll have all the energy you’ll need to replace all the sleep of a regular weekend with heated debate, exciting conversations and amazing people. I have enjoyed every second of our trip and I know that the other members of our delegation did too.